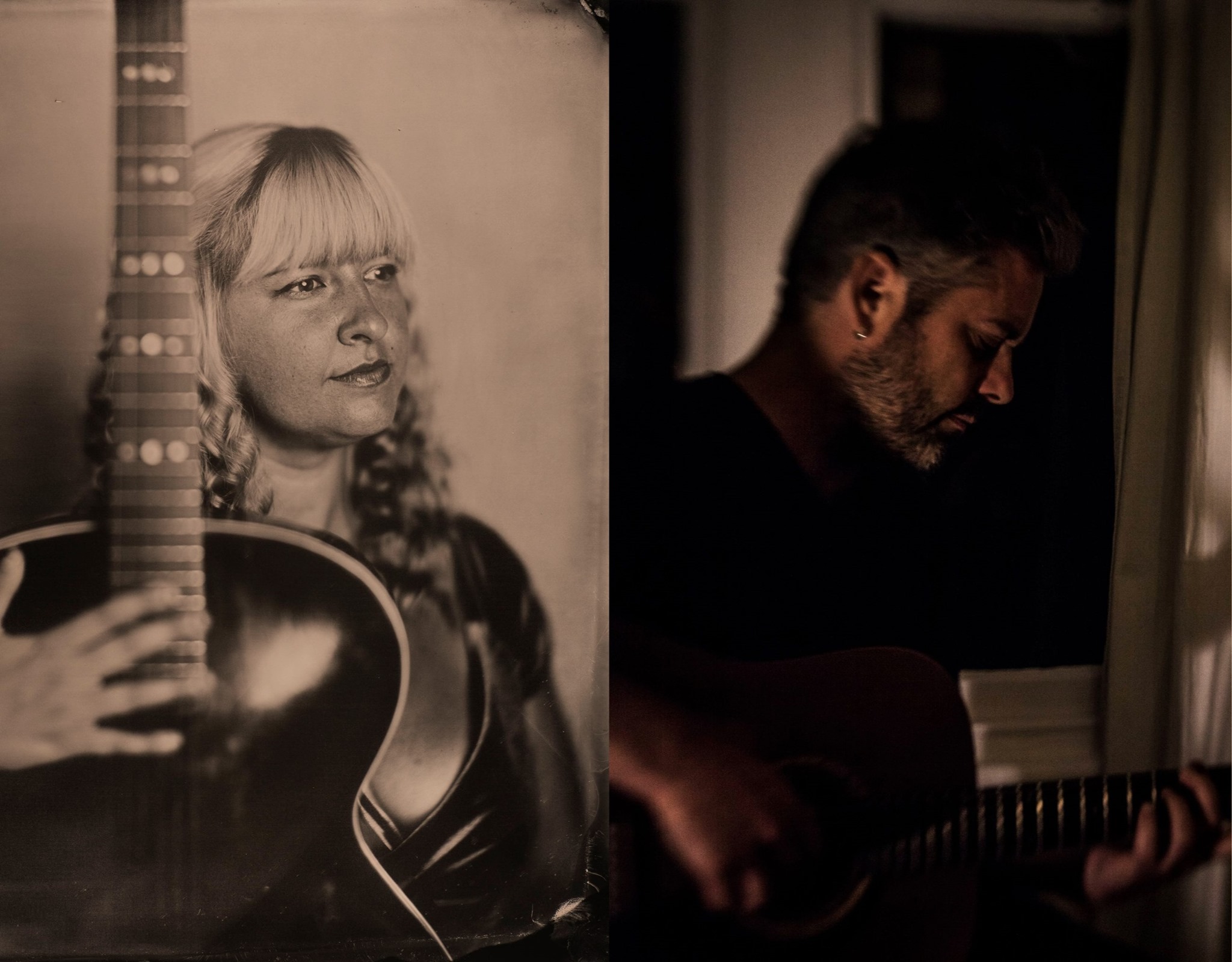 We have an excellent double bill!

Leonie Evans has been performing since the age of 5 and has never stopped. With Hundreds of collaborations with musicians from all over the world under her belt she’s created a catalogue of albums and a strong musical family.
As well as being a songwriter for many years Leonie also has a passion for history so plays a lot of pre war Jazz, blues, country, gospel and Latin music. Expect to hear an array of languages and her well known ability to play ‘Frumpet’ (her name for vocal trumpet).

“Like nothing else I’ve ever heard in my life”
“I was just blown away with her” Cerys Matthews, BBC Radio 6

“Jazz and Folk flirt en route to New Orleans via Canterbury with Evans’ slinky, supple vocal…One slot on Later with Jools holland is all it would take” Prog Magazine

“Leonie Evans’ distinctive vocals were magical. An astonishingly good simulated trumpet sound in her understated stride she kept the audience in her thrall.” The Bristol Post

Founder member of the legendary Dub from Atlantis band, multi instrumentalist and Dub producer, Guy has a unique vocal and guitar style that is influenced by a wide range of genres including Roots Reggae, Soul Jazz, Latin, Funk and Blues.

Guy’s music has been played by DJs from John Peel to Don Letts and Jah Shaka and on many radio stations including BBC World Service, BBC Radio 6 and BBC 1Extra.

The Cloak and Dagger is a Grassroots Venue and Restaurant/Cocktail bar in Bristol’s independent district.
Events are managed by Cloak Room Community Interest Company and all proceeds raised from ticket sales enable us to continue to provide community events, live music, workshops, magic shows and and comedy nights to the masses!

This event takes place in downstairs in the quirky Carousel bar, for information on accessibility please email daggerbookings@outlook.com

Please visit our website for information on Covid safety.